Some recent results will be reported in this talk on the study of deep learning for its mathematical understanding in view of its relationship with traditional algorithms in scientific computing. The talk will begin with elementary introduction to basic algorithms from different fields, including logistic regression, support vector machine, finite element, and multigrid methods. The mathematical properties and connections of these algorithms will be used to understand and improve deep neural networks for their model structures, loss functions and relevant training algorithms. In particular a new class of convolutional neural networks (CNN), known as MgNet, will be introduced by combing the most effective multigrid methods used in scientific computing with CNN used in machine learning. 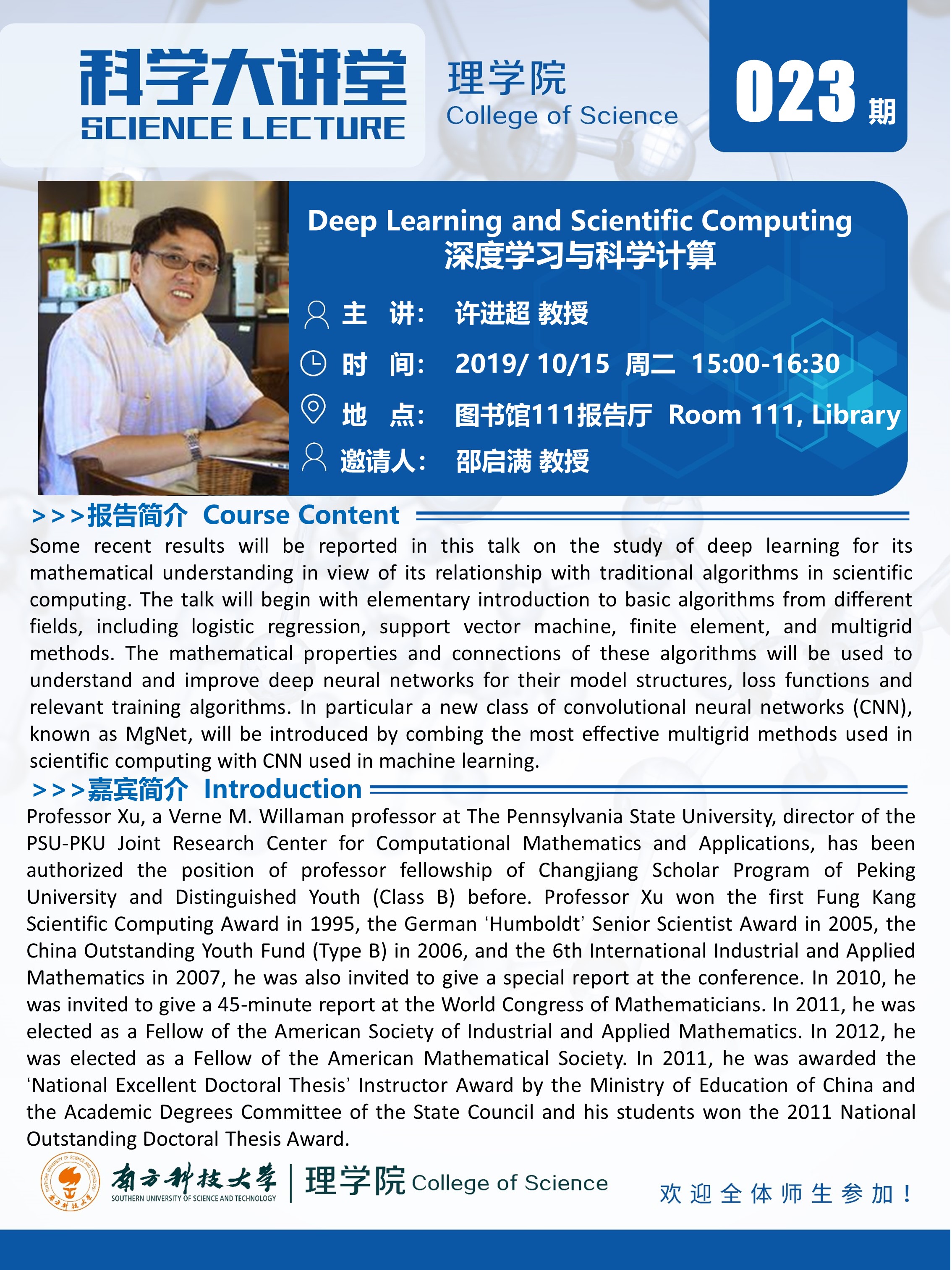