Bootstrapping the realized Laplace transform of volatility and related quantities

Dr. Zhi LIU is an associate professor in University of Macau. He obtained his PhD degree in Statistics from the Hong Kong University of Science and Technology in 2011. Before joining the Department of Mathematic of University of Macau in August 2012, he served as assistant professor in Economics at the Xiamen University, China, from September 2011 to July 2012. His current research interests include Empiricial Likelihood, Financial Econometrics, Bioinformatics, etc. 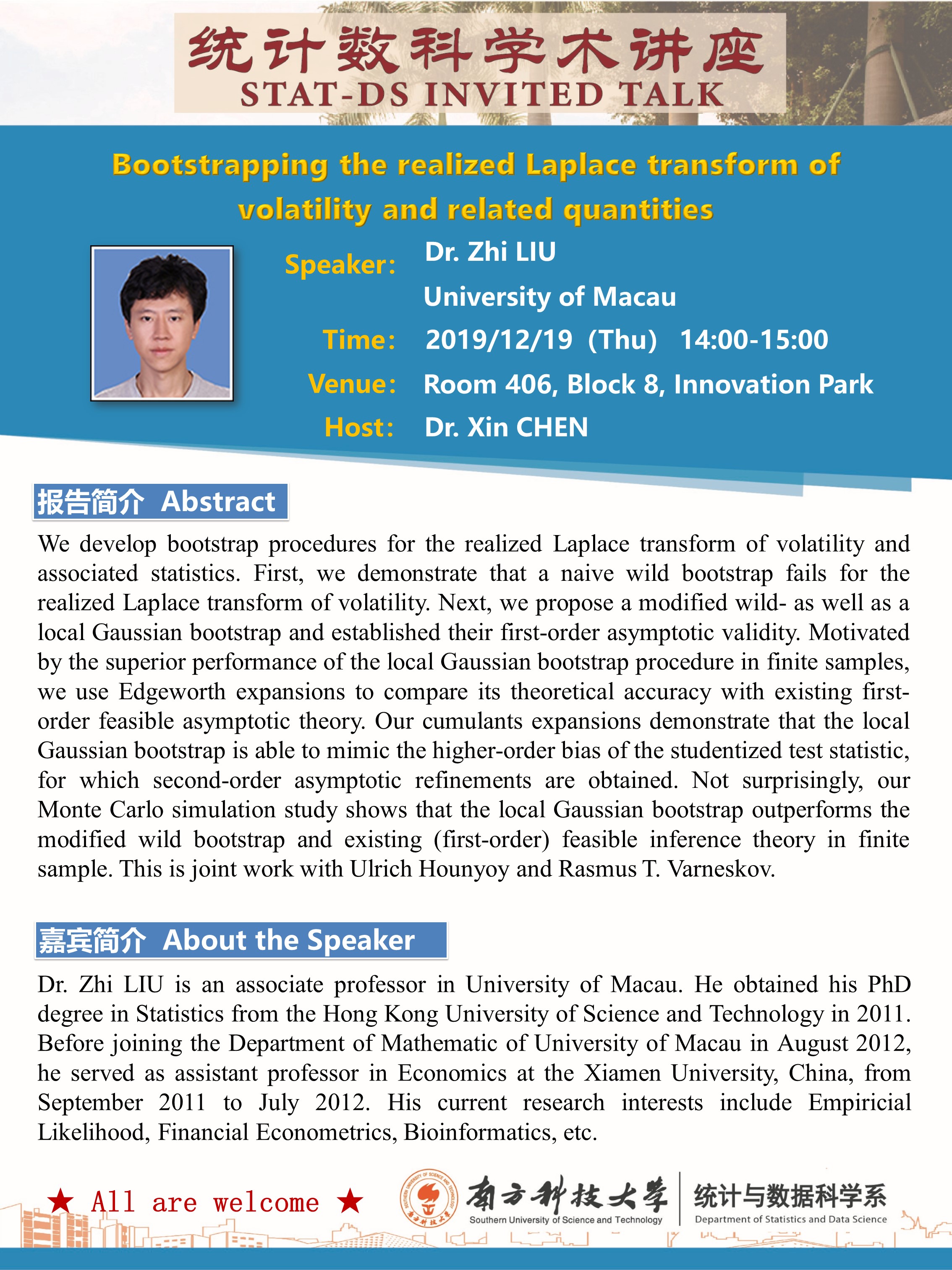